THC euphoric effects are enjoyable but quickly fade, especially the "high," which fades off after a few hours. However, THC metabolites can remain in your system for weeks after use. But does delta-8 show up on a drug test? Employers must know what substances are tested before purchasing different drug test models. This article brings out intuitive insights on delta-8 and testing for it. 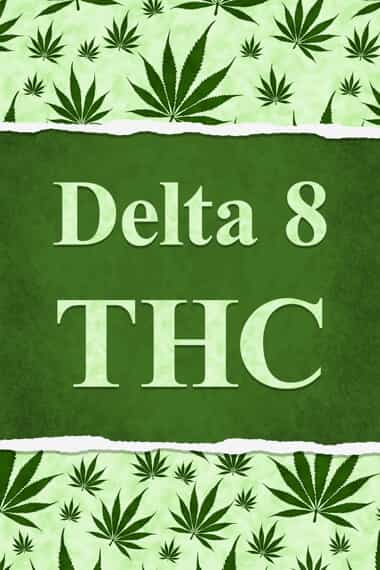 The cannabis plant contains over 100 distinctive cannabinoids. Some of the major Cannabinoids include CBD, THC, CBG, and CBN. Delta-8-THC is a minor cannabinoid that is less effective than THC. So far, delta-8 is among the most intoxicating cannabinoids in cannabis. It can make you high and cause other similar effects like those of marijuana's more abundant THC version.

Delta-8-THC has some similar characteristics to delta-9. The two are, however, distinct, as they are two different types of THC molecules. When taking a drug test, can this difference cause delta-8-THC to lead to a failed drug test? We help you to understand the difference between these THC molecules and their impact on drug tests.

How is Delta-8 Different from Delta-9-THC?

Delta-8 and delta-9 are different forms of THC with similar chemical structures; thus, they have similar effects on the human body. However, delta 8 is a less potent THC form making users report less severe effects. Therefore, delta-8 can make you feel high, but to a lesser extent than marijuana. This THC may also have comparable therapeutic effects but not as strong as weed.

Delta-9 is a more unstable THC than delta-8 because of the difference in the chemical structures of these THC types. A less stable THC is stronger and more likely to cause a reaction in the body, which may also be why the body processes THC molecules in two distinct ways via the endocannabinoid system.

Does delta-8-THC appear on a drug test? Authorities are seeing a significant increase in sales of delta-8-THC-containing products in states where recreational marijuana products are illegal. Delta-8 is a cannabinoid cousin of delta-9-THC, the primary cannabinoid that causes marijuana's euphoria. Delta-8, less potent than delta-9, interferes with delta-9 testing in both definitive and presumptive urine drug tests.

The increased sales of delta-8 products are linked to the 2018 Federal Farm Bill, which legalized hemp cultivation. Hemp, like marijuana, is a variation of Cannabis sativa, but it is cultivated to contain less than 0.3% of delta-9, which is insufficient for a marijuana "high."

Can Delta 8 Make You Fail a Drug Test?

Even though it is legal via hemp, you can easily fail a drug test if your body system has delta-8. The success or failure of the test depends on the type of drug test on use, your body metabolism, body weight, frequency of delta-8 use, your age, and other factors.

When it comes to THC, it is critical to understand how drug tests work. Most people believe that the tests aim at tracing delta-9-THC metabolites. However, most drug tests are currently not that sophisticated, as they majorly look for THC metabolites instead of any cannabinoid.

If you are looking for effective and reliable drug testing in Santa Fe Springs, ARCpoint Labs of Santa Fe Springs is your perfect destination. Contact us and schedule your appointment with our qualified lab technicians for your drug test.